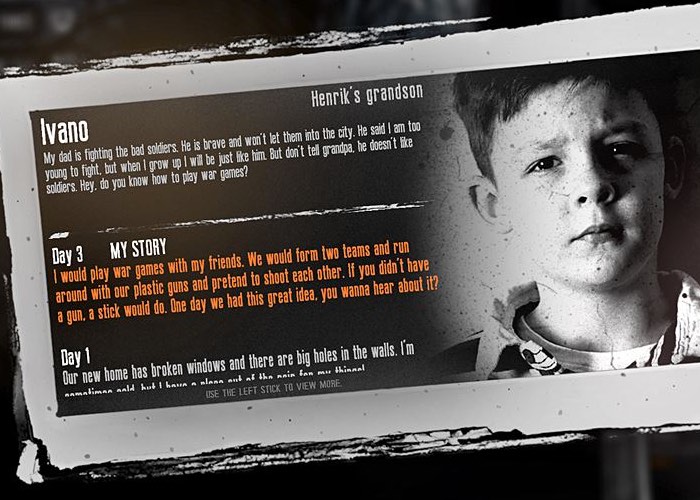 Publisher Deep Silver has this week launched the new innovative This War of Mine The Little Ones name onto the Xbox One and PS4 platforms providing a very unique survival simulation for gamers to immerse themselves in.

The new game follows on from the success of the original game in the series This War Of Mine during which players took on the role of adults trying to survive in a war-torn city. Watch the trailer for the latest game to be released embedded below.

In war, not everyone is a soldier: This War Of Mine: The Little Ones provides a gritty, dramatic and thought provoking experience of war from the perspective of a group of civilians that are trying to survive the ordeal. Even in war: kids are still kids: New to console comes the added storyline of children. Protect and take care of The Little Ones as they continue to live in the war torn landscape as only children can. Teach, educate and form emotional bonds as you fight to survive in this harsh world and prevail through this unique narrative.

– A gritty, realistic and engaging experience inspired by real-life events
– Make unforgiving and emotionally repercussive, life-or-death decisions
– Craft items such as weaponry, alcohol, beds, stoves, toys & more
– Tackle randomized or pre-defined scenarios – or even create your own scenarios and characters!
– Experience war through the eyes of a child with the introduction of child survivors

This War of Mine The Little Ones is now available to purchase for Xbox One priced at $29.99