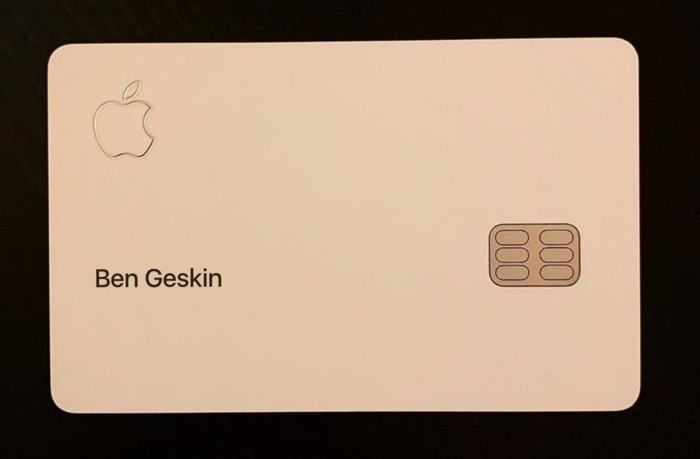 The new Apple Card is launching some time soon, this is Apple’s new credit card and it comes with a minamilist design as you would expect.

The Apple credit card is made from titanium and the one pictures was posted online by Ben Geskin on Twitter, it has been edited slightly to disguise the original owners name.

The new Apple Card is going to be popular as it is different to most of the cars on the market today, there re no late fees or penalties and it will also have lower interest rates.

It is launching in the US with Goldman Sachs and Apple are also expected to launch ity in more countries like the UK and Europe.