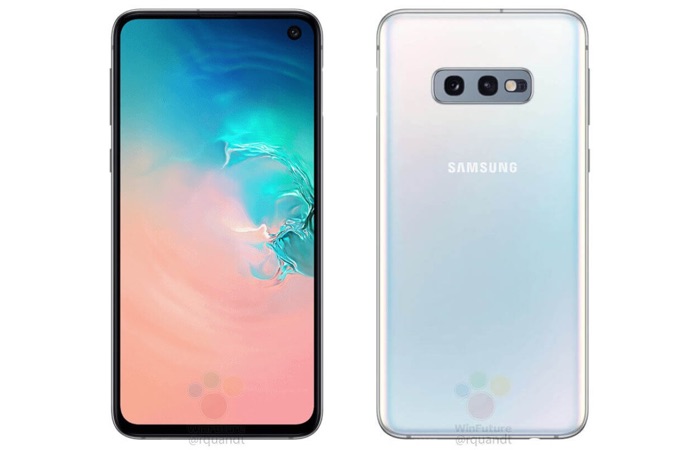 We know that there will be three versions of the Galaxy S10 later this month, the entry level handset will be called the Samsung Galaxy S10 E.

Now it looks like we have some leaked press renders of the new Galaxy S10 E smartphone and they reveal more information about the handset.

The Samsung Galaxy S10 E will come with a single front facing camera with a cutout in the display rather than a notch.

We can also see from the photo that the handset will come with dual rear cameras and it will feature an in display fingerprint sensor.

The handset is also rumored to come with 6GB of RAM and 128GB of storage and it will be available in black, green and white. The device will be made official along with the Galaxy S10 and S10 Plus later this month at a press event on the 20th of February.