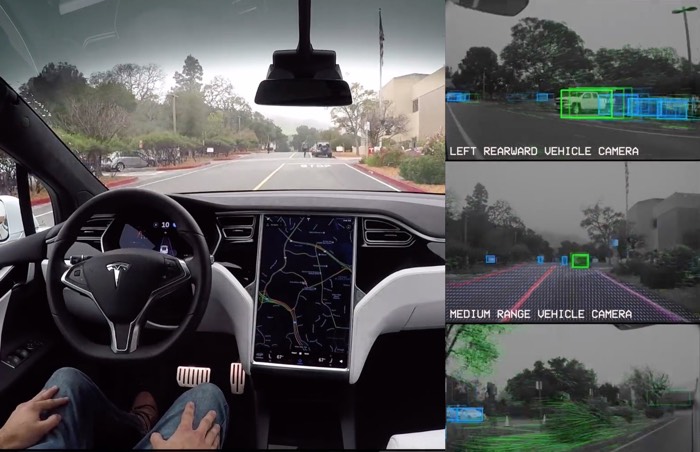 Tesla CEO Elon Musk released a video on the weekend which shows how the Auto Pilot mode on Tesla cars works.

The video, which can be seen below sees the car driving itself with a passenger at the wheel, the video also see what the cars cameras and computers sees, have a look at the video below.

As we can see from the video, the cameras on the Tesla car are able to make out other cars on the road and where they are, it also takes not of pedestrians that may also walk into the road. It certainly is very interesting to see how Tesla’s self driving hardware works.