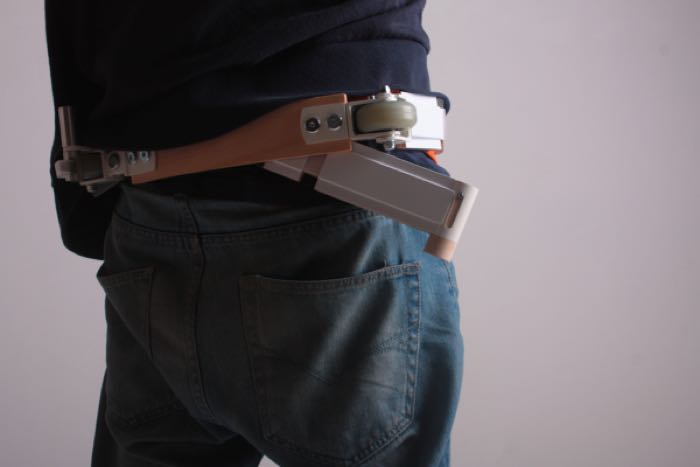 Designer Adam Torok has created a scooter which can also be worn as a belt, the device was created as part of Adam’s final project at the University of West Hungary’s Institute of Applied Art.

When not being used as a scooter, the device can be wrapped around your waist like a belt, making it extremely portable when not in use, it is also designed to be ultra lightweight weighing in at just 1.7kg. 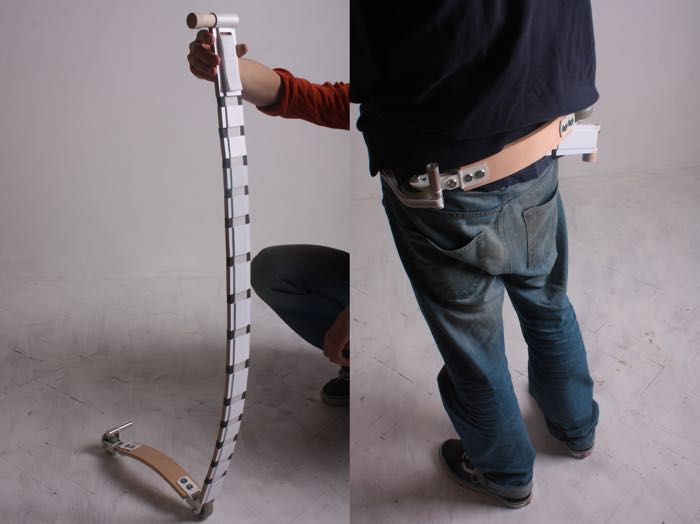 The most efficient vehicles that bridge these two points in the shortest time are those powered by leg power, whose need for specific pathways is a must in every developing city. There is one thing even more important, and that is storage. A vast range of methods has been developed in recent in years but these will all become obsolete if the vehicle is developed that is entirely portable, even wearable as part of our clothing.

The Belt Scooter was shown off at the 2014 Budapest Design week, and Adam is already working on a new version of the device, you can see more information at the link below.