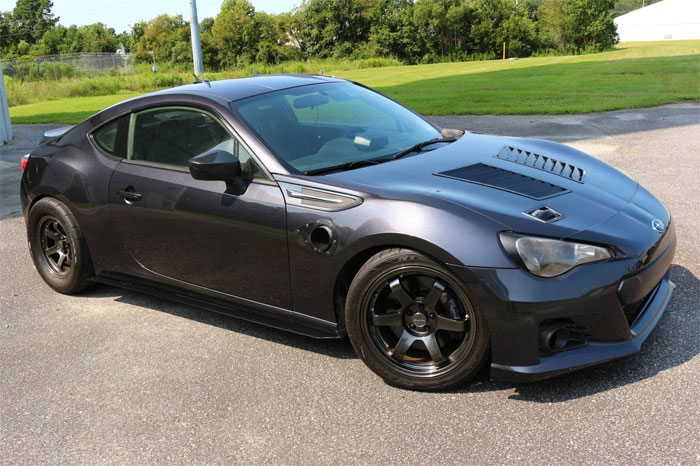 Someone has built one of the most insane cars we’ve ever seen. It started as a 2014 Subaru BRZ with a smallish four-cylinder boxer engine. Fans of the BRZ and its Toyota clone have always clamored for more power, and the owner of this particular car for sale on cars & bids took it on himself to add loads more horsepower.

The four-cylinder was pulled out of the car and in its place is in LS6 V-8 from a C5 Corvette Z06. The power from the V-8 wasn’t enough, and a turbocharger was added. The exact power output with the turbo added is unknown, but the stock V-8 made 405 horsepower and 400 pound-foot of torque.

The builder says several dyno attempts were made but wheel spin prevented any numbers. The car uses a six-speed manual transmission and features extensive modifications in addition to the V-8 swap. Just about every system on the car was modified and updated. Currently, the auction has two days to go with the high bid of $14,311. It’s unclear what the reserve is for the car, but we think its current bid is unlikely to take it home.