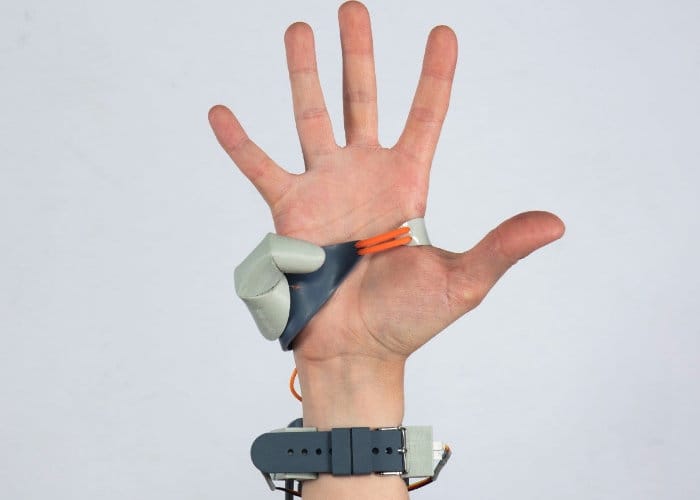 New Zealand designer Dani Clode based in London has created a new prosthetic thumb which has not been designed to replace someone’s missing thumb, but to add an extra digit to your existing five-digit hand, providing a mirror image of your existing thumb. Watch the video below to learn more about the Third Thumb prosthetic which has been created to change the way people think about prosthetics, extending a wearer’s ability, rather than just being considered of as a replacement part for a lost finger.

The awesome Third Thumb replicates the movements of a thumb by using two motors pulling against the natural tension of a flexible 3D printed material. The motors are controlled by two pressure sensors positioned in the wearer’s shoes under their toes. Communication between the toe controllers and the firm is provided by a Bluetooth connection. The foot control mechanism has been inspired by products that already require a strong connection between hands and feet. Dani Provides example of driving a car, using a sewing machine or playing the piano. 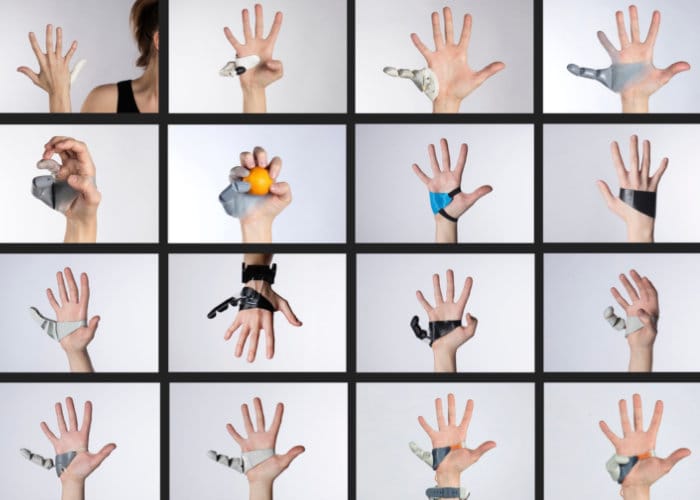 “The Third Thumb investigates the relationship between the body and prosthetic technology in new ways. It is part tool, part experience, and part self-expression; a model by which we better understand human response to artificial extensions. It instigates necessary conversation about the definition of ‘ability’.” For more information on this unique design project jump over to the official Dani Clode website by following the link below