ThinkGeek has gone official with the new product called the Mega Stomp Panic Audio Reality Costume. This device is a little belt worn box that provides motion sound effects to go along with your feigned rage. This has to be the perfect accessory to go along with an Incredible Hulk costume for Halloween. 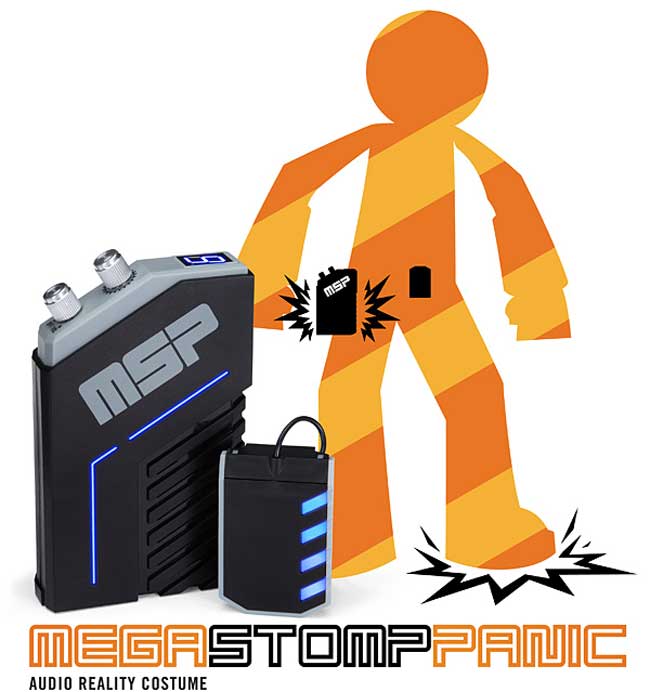 The device can make a number of different sound effects, with nine different sounds in all. The sound effects include giant robot, rainstorm, zombie attack, gigantic monster, gunslinger, medieval knight, pirate, and 8-bit gaming hero, or a giant steam punk robot. Depending on the mode each step per stomp will activate a sound effect.

That means for instance on rainstorm mode, each step sounds like you’re walking through water and a big stop sounds like you just jumped in a giant puddle. The device is available right now for $39.99.