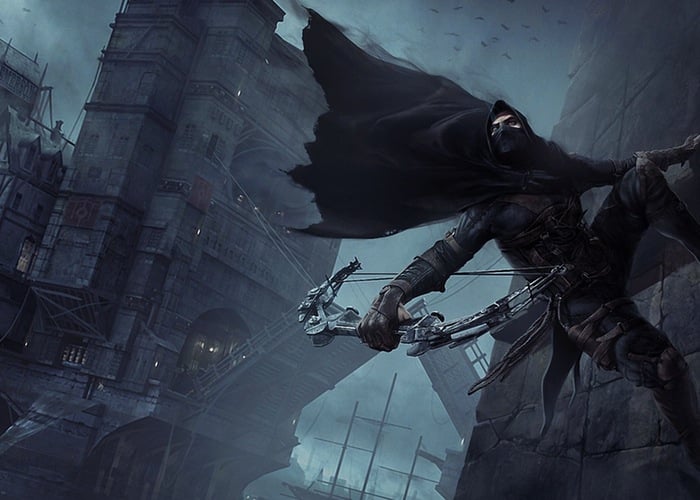 Thief has been developed by Eidos Montreal and published by Square Enix and is the fourth game in the Thief series, and will be available on PC, PlayStation 3, PlayStation 4, Xbox 360 and Xbox One platforms on February 25th in the US, February 27th in Australia and February 28th throughout Europe.

“Thief really brings to life the fantasy of being the ultimate Master Thief: planning a heist and infiltrating your target, avoiding all the security measures in your way, grabbing the most precious loots and escaping without getting caught.

Thief is set in a dark fantasy world inspired by Victorian and steampunk aesthetics. Garrett, a master thief who has been away from his hometown for a long time, returns to it, a city named ‘The City’, and finds it ruled over by a tyrant called ‘The Baron’. While The City is infested by a plague, the rich continue to live in good fortune, and Garrett intends to exploit the situation to his favor.”

For more information on the new Thief PS4 game jump over to the PlayStation Blog website for details.