Aluminum waste to be specific. The engineering tandem from Barcelona wanted to build a small prototype for a radical transportation idea– a future line of micro-cars powered by recycled aluminum parts like the rings off soda cans. Of course, at this stage it’s still all test, test, and test. If their little invention is a little too reminiscent of Back to the Future, you’re right on the money. Inf act they named their ride after the cult film’s DeLorean: DAlh2orean. Get it? 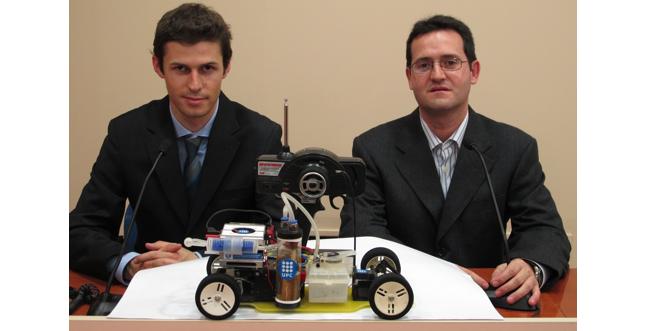 To power their vehicle the engineering student (the younger guy) and his engineering professor created a series of chemical reactions that juice a fuel cell. Aluminum plays a crucial role once it comes into contact with a sodium hydroxide catalyst. From then on its several processes for the motor to run.

What this bit of news reveals is an age old truth that’s been a round since forever: any type of vehicle can run on any type of fuel.