Yesterday we featured the new Thermodo thermometer which had just started its campaign to raise enough funds to make the jump from concept to production.

Well after just 7 hours the Thermodo thermometer has passed its $35,000 Kickstarter goal and after just 24 hours has now doubled its pledges and released a few new stretch rewards to entice new backers. 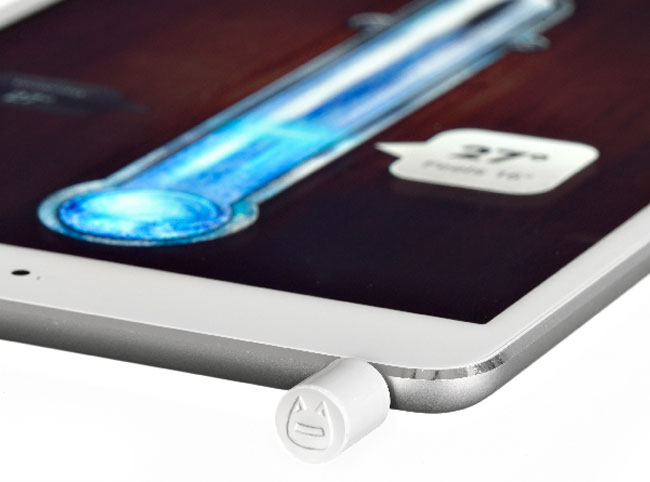 The new Kickstarter stretch goals for the Thermodo thermometer include a $125,000 level, reaching it will allow the devices developers Robocat to create a Android version of the Thermodo smartphone thermometer. At $250,000, a new colorway comes into the mix, with a red option available for all backers who pledged $25 or above.

To re-cap the Thermodo  thermometer consists of a passive temperature sensor built into a standard 4 pole audio jack encased in a robust housing, and comes complete with keyring carrier for when the Thermodo is not in use.  Watch the video below to learn more.

“Simply plug Thermodo into your device and start the companion app or any other Thermodo enabled apps of your choice. The temperature reading takes place instantly. Thermodo is powered by your device. No external power is required, it can even run in the background while you do important stuff.”