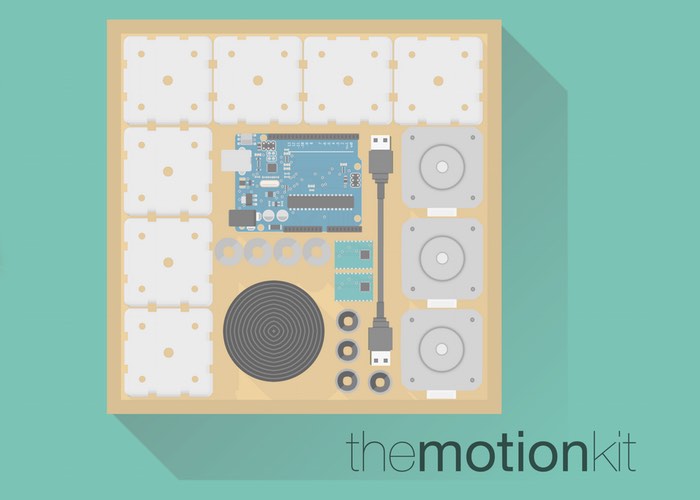 Anyone looking to learn more about the Arduino platform and specifically CNC motion might be interested in a new range of educational kits that have been created by TheMotionKit.

TheMotionKit offer Lego-esque do-it-yourself kits that provide a virtual classroom for makers and developers of all ages and experiences. Watch the video below to learn more about what you can expect to receive in the box.

Computerized numerical control (CNC) is the process which allows computers to precisely drive motion in a variety of applications like 3D printing, milling, and laser engraving. It’s one of the driving elements in the maker movement. To date, there are thousands of resources on motion — hardware, software, and firmware — but they require a certain level of prerequisite knowledge and aren’t all-encompassing.

TheMotionKit was developed as a cross between hardware & education to provide a complete top-to-bottom, yet fun and easy solution; allowing makers of all ages and experiences to conquer computerized motion.

A unitary kit provides a common starting point for all users: no sourcing parts together, waiting weeks, and finding out certain materials were incompatible or incorrect. The kit includes the Motion Blocks, linear rails, bearings, belts, pulleys, micro-controller, motors, and various other assorted materials. (Note: 24VDC 5A power supply not included, but can be affordably sourced from a local electronics store.)

For more information on the new TheMotionKit jump over to the Kickstarter website for details and to make a pledge to own one of the very first of the production line from $179. If you making Arduino projects you may enjoy building your very own Arduino wind speed meter that requires just basic Arduino skills.