The photo below shows the worlds biggest iPhone, which is made from Apple iPads, 56 iPads to be exact, and it is being displayed in London’s St. Pancras International Train Station for the launch of the game Lara Croft and the Guardian of Light.

The 56 iPads have been framed to make them look like a giant iPhone, and all of the iPads are running the same looped video, which shows off the mobile version of the game. 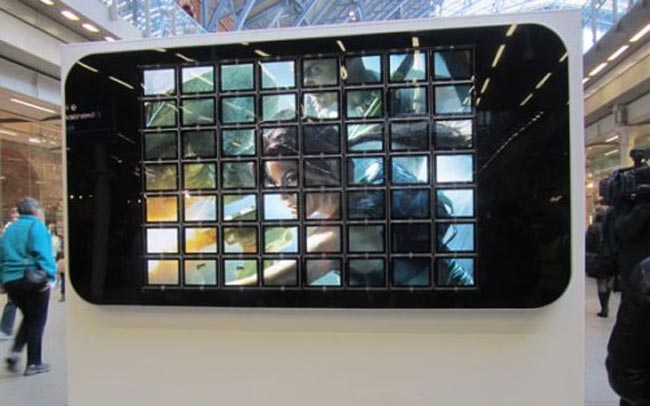 It certainly looks very cool, although we think it would have been even cooler if the display had been made from iPhone’s instead of the iPads.