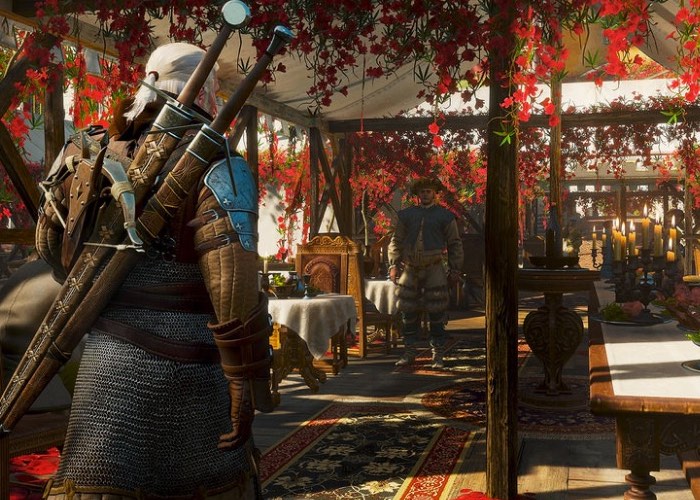 Following on from yesterdays leak that revealed the released date for the new The Witcher 3 Blood and Wine Expansion, Kacper Niepokólczycki Environment Artist at developer CD Projekt Red has taken to the official Playstation Blog to announced the official launch date for the expansion will be in a few weeks time on May 31st.

The Witcher 3 Blood and Wine Expansion will add an extra 20 hours of gameplay, allowing players will travel to the land of Toussaint, which is “Sunny and beautiful” -“it’s almost a fantasy land straight out of a fairytale”, says Niepokólczycki who explains more.

This expansion pack is an old-school add on with 20 hours of new adventures, where players will travel to the land of Toussaint. Witcher fans who are familiar with the books written by Andrzej Sapkowski have probably heard of this region and have waited for a long time to explore it.

We started with prototyping the whole hub — this was a difficult task, as Toussaint is different from anything we ever did in The Witcher 3: Wild Hunt. Sunny and beautiful, it’s almost a fantasy land straight out of a fairytale. Building something completely new gave us a lot of room for creativity, but at the same time it was challenging. The Slavic mythos lands we were all so accustomed to had to make room for something new — the mood and tone of southern Italy and France. We quickly fell in love with the architecture, colors, warm sun, and beautiful vistas filled with vineyards and wineries.

The most important part of this new realm is the city of Beauclair, the capital of Toussaint, and the palace where the local duchess resides. We had several main focuses when creating these places, and one of the biggest ones was providing players with breathtaking sightseeing opportunities. At the same time, Beauclair had to be different than another epic place in the game: Novigrad.

For more details about the new Witcher 3 Blood and Wine Expansion jump over to the PlayStation blog or the official Witcher 3 website via the link below.