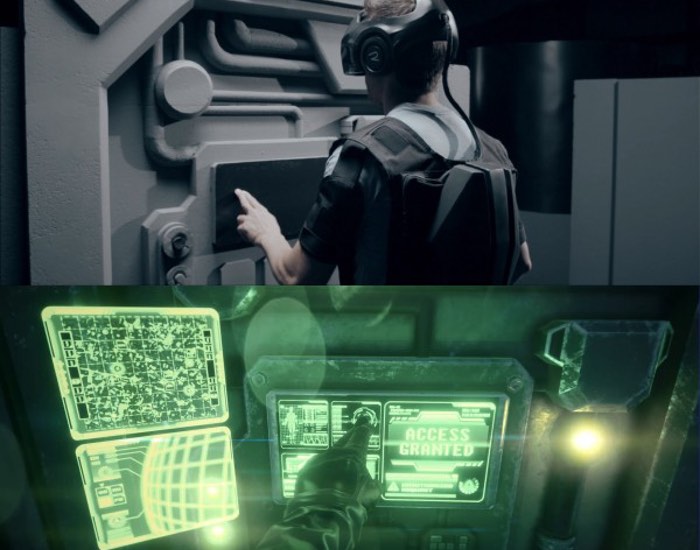 Located in Salt Lake City the VOID virtual reality theme park has now started accepting beta testing visitors and the first slots were snapped up within hours of being made available.

Tickets to the first beta testing sessions at the VR theme park were priced at just $10 on the day of launch although many were not lucky enough to secure a slot.

The beta testing will now continue until October 26th 2015 and provides users with a multi-user space, which combines a custom-built virtual reality headset equipped with dual high-density curved OLED Displays together with a haptic outfit that consists of gloves and vest. Chris Madsen from the Road To VR website was able to experience the VOID first hand last May and explains more about the experience:

It appeared I had landed in some sort of facility. With no tethers, I was able to step freely into the virtually rendered world surrounding me. Five steps in and my heart beat picked up as I experienced the freedom of wireless tracking, making it feel as though I was walking into a dream. At 10 steps I spun around and shook my head to see if I would break the illusion. There was no noticeable latency and the tracking, matching my physical space with the virtual, felt spot on.

To learn more about the VOID virtual reality theme park jump over to the official Facebook page via the link below.