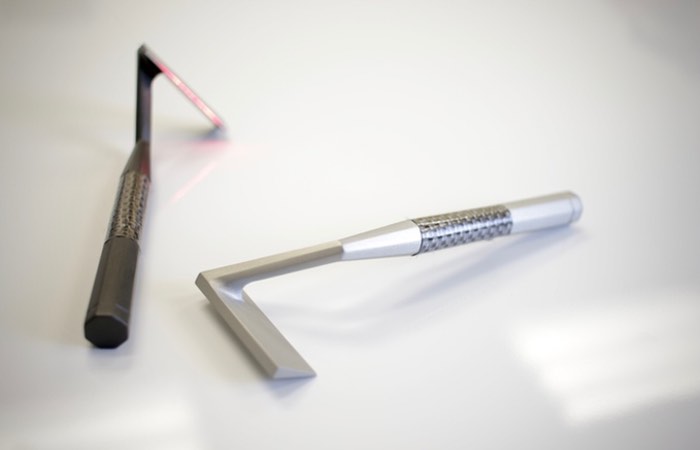 Using blades to shave is such an old school way to keep your facial hair in check, now that the Skarp Laser Razor has launched over on the Kickstarter crowdfunding website.

Rather than using a traditional razor blade made of metal, the Skarp Laser Razor as the name suggests uses a laser to provide an incredibly close shave that is also irritation free, says its designers.

The new laser razor has been created by Skarp Technologies based in Irvine California and is looking to raise $160,000 over the next month to take the concept into production. Watch the video below to learn more about this possibly revolutionary and unique way to make sure you stay clean-shaven without irritation or accidental cuts. Its developers explain more :

The Skarp Razor is the future of shaving! At first glance it looks like a traditional razor. But that is where the similarity ends. Shaving has been using essentially the same technology for 5000 years.

To make any real progress, we needed to take a radical new approach.  The Skarp razor is powered by a small laser which cuts through hair for an  incredibly close shave. There are many benefits to using the Skarp Razor including:

The Skarp Laser Razor is now available to pledge for priced at just $89 for early bird backers, jump over to the Kickstarter website via the link below to make a pledge.