In the early 1980’s talking pyramid clocks were extremely popular. The Pyramid Talk Clock was the world’s first talking clock and worked by pressing the shiny pyramid at the top. The clock was considered legendary. Now, the pyramid clock is back in an updated version. 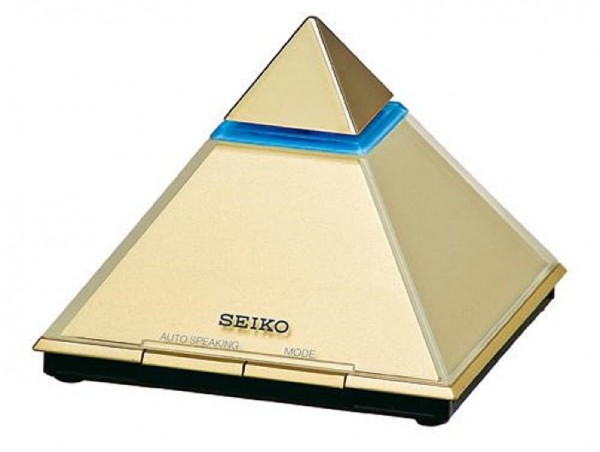 The new version has all the same functionality as the first clock with a few updates. One update is the LED lighting around the parameter of the clock that gives the clock a gentle glow.