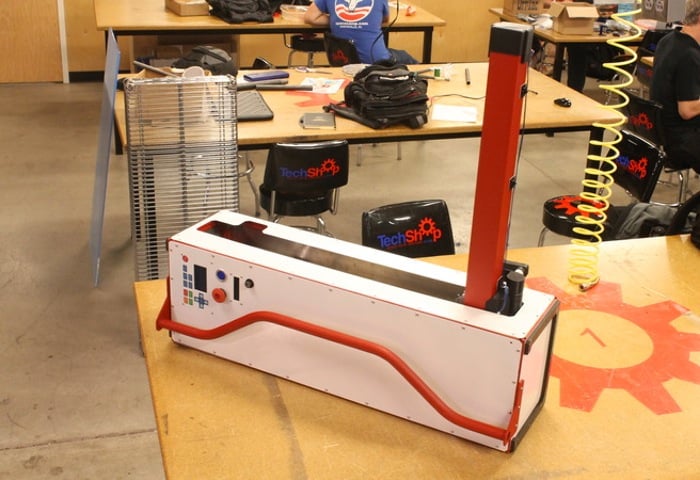 A new portable laser cutter has been created by Red Ant Lasers based in Pittsburgh called the Origami, which has been designed to be the very first laser cutter with a fold-out arm and no limiting enclosure.

Enabling users to cut using a laser almost anywhere they wish with a completely portable laser cutter solution for just $4,200. Check out the video after the jump to learn more about this unique laser cutting machine. 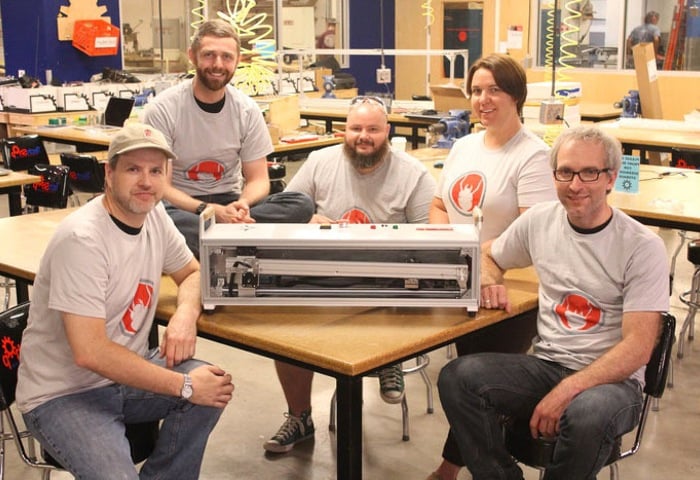 The creators of the new Origami laser cutter explain : “Lasers are incredibly versatile tools. You can make almost anything with them:  acrylic gears, etched leather or glass, fabric patterns, wooden furniture prototypes, just to name a few.  The primary drawback of a standard laser cutter, however, is it’s lack of portability.  It is a large, bulky machine that takes up a lot of shop space, even with it’s small cutting bed.

The Origami laser is portable.  It folds to save space, and it can be used in a variety of orientations (horizontal for tables, vertical for walls and windows, etc.).  It has no limiting enclosure so users can create monumental works of art by indexing and moving the laser across the work area.  You can take this laser to wherever and to whatever needs lasering.  And really, what doesn’t need a good lasering?  (The answer is obviously people and animals — please use your laser responsibly!)

The secret to the Origami’s versatility is its patented folding arm technology as well as its self-contained ventilation system.  No giant hoses and special electrical hookups are needed to run the laser;  simply carry it to your project, plug it in, open the arm, and begin personalizing your world!  (Proper safety goggles are important, as with any laser)”

The Origami portable laser cutter project is currently over on the Kickstarter crowd funding website looking to raise $80,000 in pledges to make the jump from concept to production. So if you think Origami cutter is something your prototyping could benefit from, visit the Kickstarter website now to make a pledge and help Origami become a reality.