The mPower Emergency Illuminator is an LED torch that will give you up to 4 hours of light on one battery, which seems like an ordinary torch, but it has a feature that sets it apart from the rest, an emergency battery that lasts for twenty years.

The emergency battery isn’t activated until you use it, the chemical are mixed together, and it will then give you up to two hours of light. 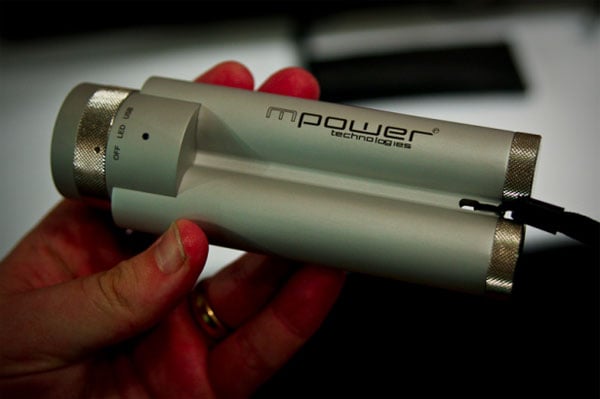 The mPower Emergency Illuminator utilizes a groundbreaking battery technology developed by mPhase Technologies to offer Power On Command(TM) when and where you need it. The mPower Reserve Battery offers an unprecedented minimum shelf life of 20 years and has an immediate activation to full power. Through an intricate battery design, mPhase developed a way to eliminate power dissipation before initial activation.

The mPower Illuminator provides an intense beam of white light using a high-performance LED, and is equipped with an accessory USB connection that can be used to charge electronic devices such as BlackBerries and iPhones.

Because the chemicals aren’t mixed until you actually use the emergency battery, it wont deteriorate like standard batteries this is why it will last up to 20 years.

The The mPower Emergency Illuminator will go on sale next year for around $250.