The rickshaw is something of an icon that’s been long associated with the Orient’s sexy allure. The rickshaw is also a recent invention, its origins dating back to the 19th century and that’s about it. In fact, rickshaws are pretty useless for travelling except in congested urban dwellings—like 19th century Chinese port cities. 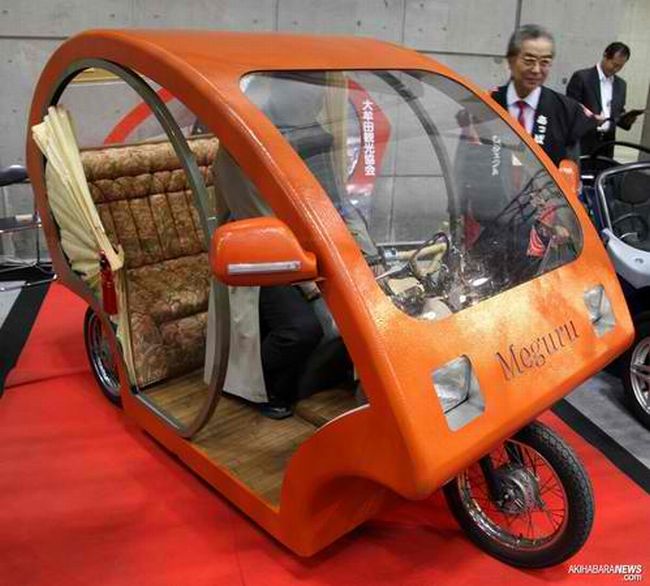 That said, the rickshaw is ubiquitous and one Japanese company wants to capitalize on its usefulness by giving it a fresh spin. Pictured above is the Meguru, a jointly manufactured bamboo and electric vehicle that’s supposed to out-green most comers, be they three-wheeled concept cars or the latest hybrids.

Actually the Meguru is just as ridiculous as its rickshaw origins. A bamboo vehicle that you can charge for those short trips somewhere? How about just take public transport? More than one cheeky commenter has lambasted it for being a glorified golf cart and for good reason. Being a step above the ordinary rickshaw, the Meguru can go no more than 40km/h

The funny thing is the manufacturer didn’t hesitate to praise its eco-conscious bamboo material, stating for the record that the Meguru can be buried and left to decompose once it has served its usefulness. That’s another problem with this vehicle: bamboo doesn’t last long.

Worse, a Meguru will set you back $12,000. Yikes. You’re better of with a tricked out unicycle.