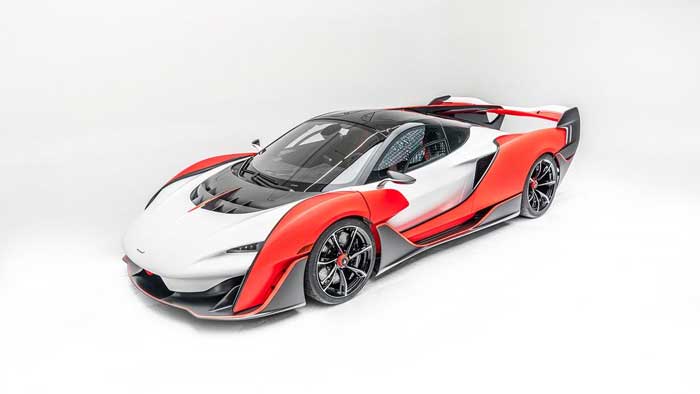 Typically, when McLaren rolls out a new hypercar, it’s complete with a fancy press release touting all the car’s cool features. In the case of the McLaren Saber, the automaker launched the car quietly. The Saber is a US exclusive, and only 15 units are being built. The first Saber, all of which are already sold, was delivered to McLaren Beverly Hills.

The dealership was kind enough to share some specifications and images of the Saber. The car is the most powerful non-hybrid McLaren road car ever built using a twin-turbo V-8, making 590 pound-foot of torque and 824 horsepower. It has the iconic McLaren swing-up doors and can reach 218 mph.

Pricing is a mystery, and all 15 units were sold before the car was even revealed. The lucky few who got to buy one did have a chance to drive a development car earlier this fall at a private racetrack in California. The vehicle was homologated, specifically to US standards using techniques that didn’t allow global homologation.