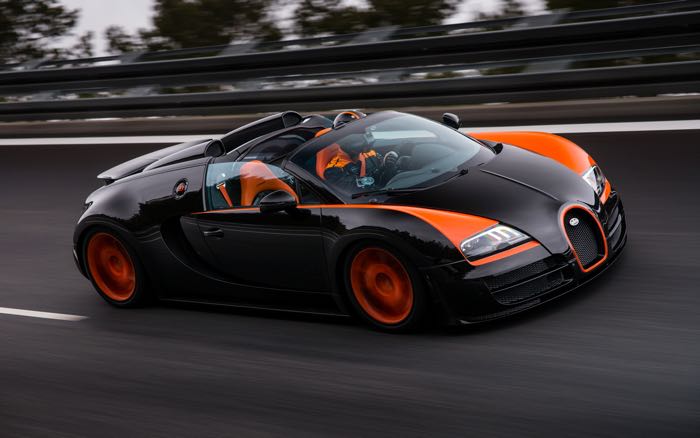 Bugatti is getting close to making its last Bugatti Veyron, the car will be the 450th one made, and it will be shown off at the Geneva International Motor Show in March.

The company has not revealed any details on their 450th Bugatti Veyron, although there are rumors that the last car produced will be a Grand Sport Vitesse.

The first Bugatti Veyron launched in 2005, since then there have been a number of variants which have included the Grand Sport, the Super Sport and the Grand Sport Vitesse.

Bugatti have been working on the replacement for the Veyron, although plans for this new car are kept secret.

As soon as we get some more details about the Veyron’s replacement, including when it will launch, and also some photos, we will let you guys know.