It seems when Steve Jobs was in Japan, he was doing some research for Apple’s latest edition to their iPod range, the iPod Ninja, and as the name suggests it is designed to look like a Ninja throwing star. 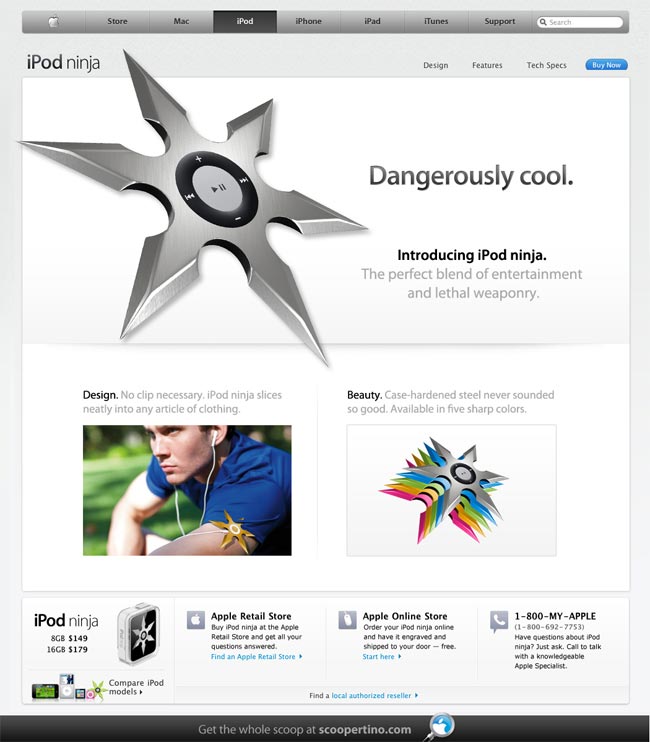 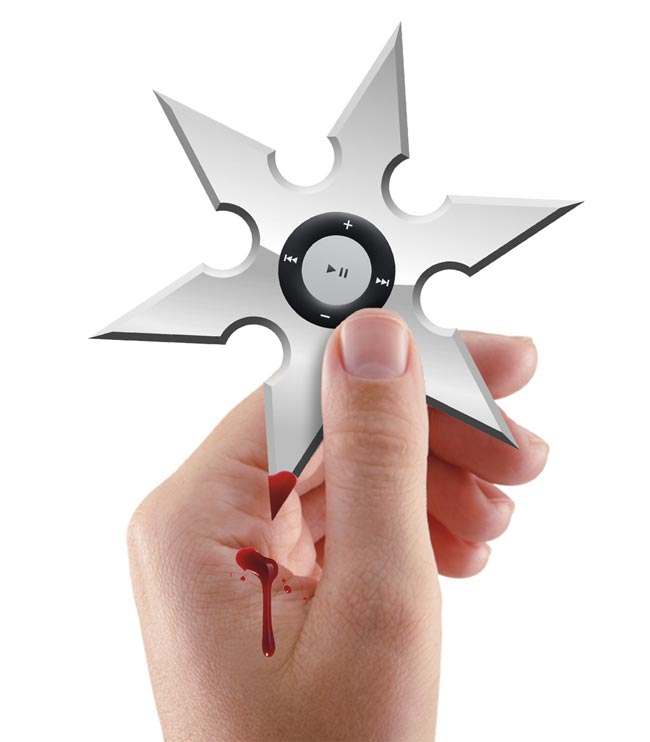 Today Apple announced the “dangerously cool” iPod ninja, the last of the new 2010 iPod family. This razor-thin iPod combines the fun of entertainment with the thrill of lethal weaponry. And it’s super-easy to buy.

According to get guys over at Scoopertino, if you want to get you hands on a new iPod Ninja, you will have to fill out a form, provide some photo ID and wait three days.