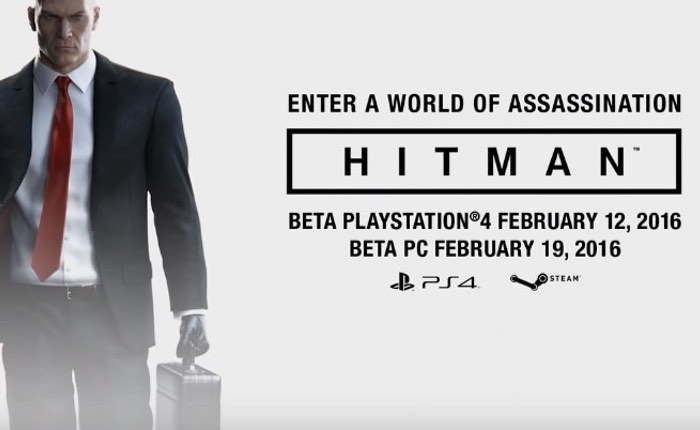 Those gamers interested in participating in the upcoming Hitman Beta testing phase, pleased to know that a new launch trailer has been released this week providing a glimpse at what you can expect from the Hitman Beta when it launches on PlayStation 4 this week and arrives on PC February 19th.

PlayStation 4 gamers will be able to enjoy the action slightly ahead of everyone else from February 12th and to guarantee you have access preorder the game either digitally via either PSN for PS4 copies or Steam for PC in the form of Full Experience, Intro Pack and Collector’s Edition.

Alternatively you can also preorder the Collectors Edition of the game to also provide access, check out the Hitman Beta launch trailer below to wet your appetite even further.

The HITMAN Prologue. That’s the very beginning of the game, set at a top secret recruitment and training facility. The Prologue revolves around how Agent 47 joined the ICA and shows the first time that 47 meets his long-time handler, Diana Burnwood.

The Prologue contains an introduction to the gameplay features and mechanics in HITMAN, and two free-form training hits. You’ll be able to replay each hit as many times as you wish throughout the beta period to complete the challenges and the multiple ways to take down your target – as you would expect.

If you’ve pre-ordered a digital download code via a retailer, you will receive your Beta download code directly from the retailer before the beta starts. That includes the Square Enix Store, if you have pre-ordered the Collector’s Edition of the gam