The Drinkman is a hip flask which is designed to look like a Sony Walkman from the 1980’s, and it comes with a range of fake buttons and a cassette spindle graphic which makes it look like a real Walkman. 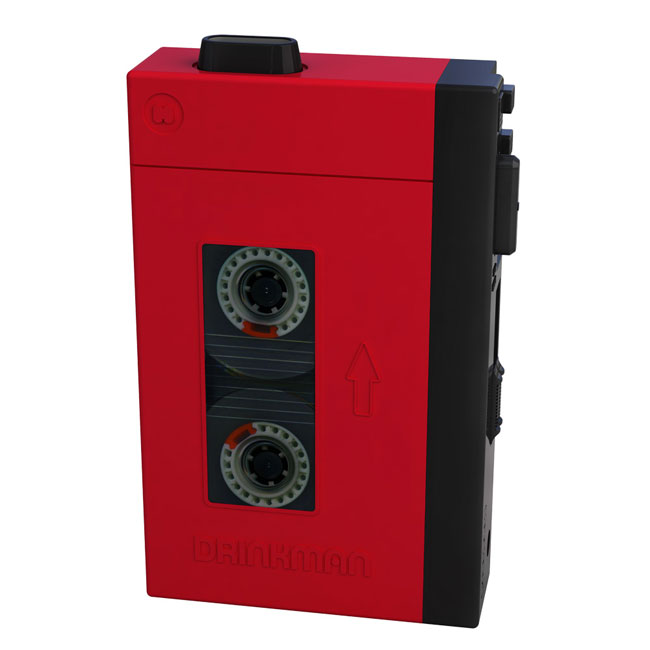 The Colonel has always liked music. Indeed, he was delighted when the MP3 was invented and he no longer had to employ a military band to follow him on quiet country walks. That only left one problem – the issue of on-the-road refreshment. This inspired the Colonel to invent Swing Your Hips, looking for all the world like an old-style personal music player. It doesn’t hold songs, just your favourite tipple. Stroll on.

There are no details on how much the Drinkman hip flask will retail for, it should be available some time in May, you can find out more details over at Mustard.