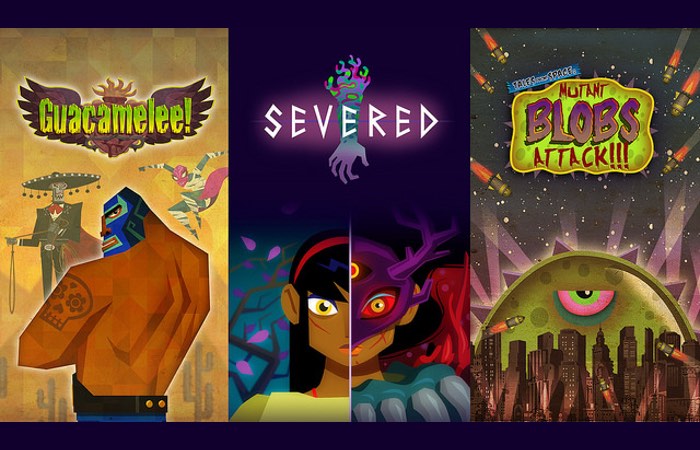 Chris McQuinn from DrinkBox Studios has taken to the official PlayStation blog this week to reveal more details and release trailers for the upcoming launch of the new The Drinkbox Vita Collection that will be available from tomorrow, July 13th, 2016.

Check out the PS3 and PS Vita launch trailers as well as the Tales from Space Mutant Blobs Attack trailer to learn more about what you can expect from the three games.

Guacamelee! — A “Metroidvania” style action-platformer set in a magical Mexican-inspired world. The bundle also includes two DLC packs that were released for the game: a Costume Pack which allows you to change the appearance and gameplay statistics of your character, and El Diablo’s Domain, a series of challenge levels with completion rewards.

Severed — Our latest PS Vita game Severed was designed for PS Vita, making heavy use of the touchscreen for combat and the glorious D-pad for navigation (lefties can use the face buttons for navigation). Severed has you playing as Sasha, a one-armed warrior who embarks on a journey through a surreal fantasy world in search of her missing family.