Well, almost. Crovel? That’s crowbar and shovel stuck together. Curently being marketed as the ideal outdoor tool for rugged survivalist escapades, the Crovel goes a step farther than other portable shovels by having a crowbar hook at the other end of the spade that can work as a handle. 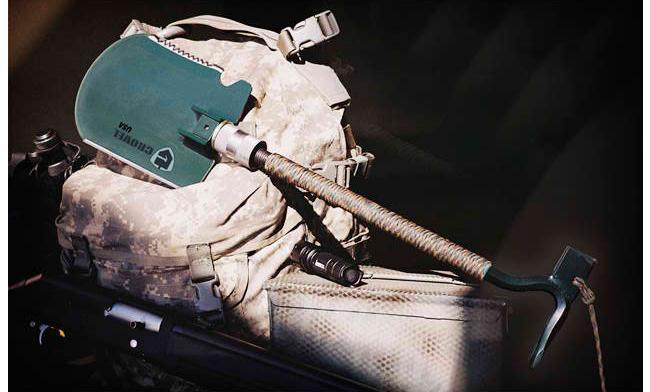 Not only is this tool foldable and lightweight, it’s meant to be aused. See the serrated edge of the spade? That’s for cutting stuff when your knife won’t do. With the Crovel, not only are you able to dig ditches, but knock down doors too! And open crates. Perhaps build a log abin from scratch while you’re at it.

Also note the crowbar opposite the spade. See that square block? That’s cos it doubles as a hammer. With Crovel, a diehard survivalist has the means to tear stuff down and build it up. Of course, like most multitools, the Crovel might be helpful, but its different components could rpove inadequate for specific jobs. Like chopping, for example. The Crovel can chop wood, but maybe bringing a hatchet still does the job much, much better.

The Crovel is selling for less than a hundred bucks and available in limited numbers.