If you’re a fan of adventure video games, a title that was announced at E3 2012 is finally available to purchase later this month. The game is called The Cave and the game is from the creator of Monkey Island and Maniac Mansion, Ron Gilbert. The game is being offered by Sega and Double Fine Productions. 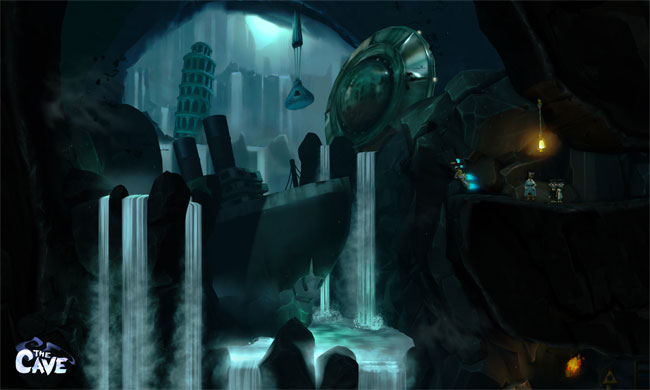 The game allows players to choose three adventurers from seven available, each with their own personalities and capabilities. Once the player chooses the team, they had off to explore The Cave. Players will find their way through an underground amusement park, a medieval castle, a nuclear missile, and more.