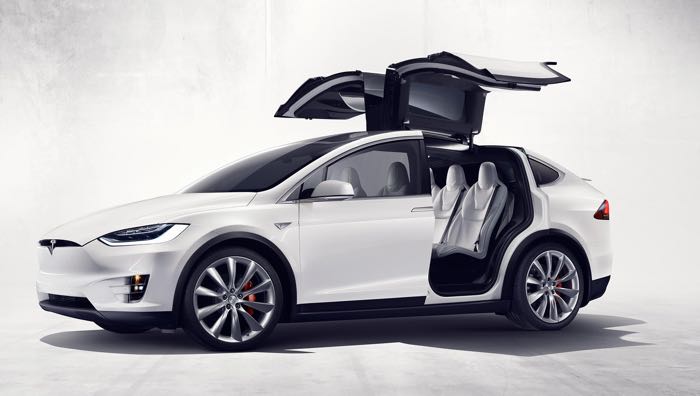 Tesla has now officially launch their new Electric SUV, the Tesla Model X has now been handed over to its first customers.

Tesla has handed the keys over to their new Model X to its first six customers, the car will retail for $130,000 and it comes with some impressive performance figures for an SUV.

The Tesla Model X comes with a 0 to 60 miles per hour time of just 3.2 seconds and it will have a range of 250 miles and it features a 90 kWh battery with the Ludicrous Speed upgrade and a standard 0 to 60 time of 3.8 seconds.

The new Model X comes with a top speed of 155 miles per hour, there will be two different models, the 90D which has a 0 to 60 time of 4.8 seconds and the faster P90D, which is listed above.

You can find out more details about the Tesla Model X at the link below, deliveries for new orders of the car will start in the second half of 2016.