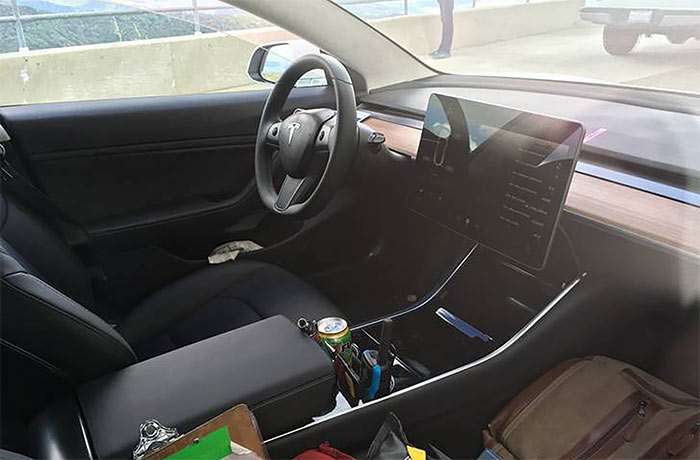 Lots of EV buyers are waiting for Tesla to finally get around to launching the Model 3. This is the lower priced EV from Tesla that will start at around $35,000. If you were hoping for a super fancy interior for your money, you may be disappointed.

The image seen here is one of the first real looks we have seen of the interior of the Model 3 and it’s nice, but rather plain. If you want fancy you’ll want to buy the Model S, which costs a lot more money.

The main feature of the interior is the large iPad-esq center touchscreen that fills the black leather and suede interior. We can assume the cloth base version will look similar. In all the interior is rather basic and simple, which is what you would expect of a low priced car from a premium maker honestly. It’s basic for sure, but anyone who expected Model S levels of fancy in a $35,000 car was wrong from the start.