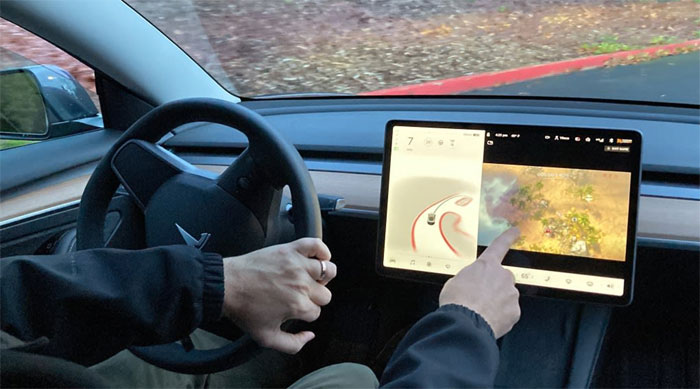 Tesla has some very interesting features in its electric vehicles, including the ability to surf the Internet, stream videos, and play video games on the large center screen in the vehicle. Those features are excellent ways to pass the time sitting at a charging station topping the vehicle battery off or in other situations. Oddly, Tesla has allowed video games to be played in the car while the vehicle is moving, presumably only by the passenger with a function called Passenger Play.

However, you can imagine how distracting having a passenger playing video games on the touchscreen might be to a driver. Tesla will disable the Passenger Play function after the National Highway Traffic Safety Administration opened an investigation into distracted driving concerns with the Tesla video game capability.

According to the NHTSA, Tesla will be sending out an OTA update to eliminate the Passenger Play feature. Frequently, owners of Tesla vehicles have a difficult time concentrating on the road ahead, which has led to several accidents, including many that have been fatal. The investigation stems from an owner filing complaint after discovering the driver could play video games while the vehicle was moving.