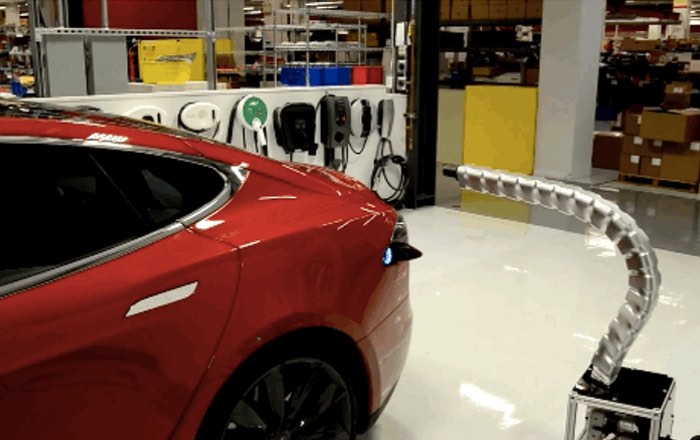 During Telsa’s earnings announcement this week the company has unveiled new video footage of its awesome new Telsa charging arm that is capable of automatically connecting to your electric car to re-charge it.

In the video footage below you can see the Tesla charging arm reaching out to a Tesla Model S automobile, and plugging itself in to start the recharging process.

The new Tesla charging arm is still currently in its prototype stages of development but as you can see from the footage the design looks fantastic and proves that Tesla is actually developing the charger that was teased by CEO Elon Musk back in December of last year.

As soon as any more details about specifications pricing and worldwide availability are announced we will keep you updated as always.