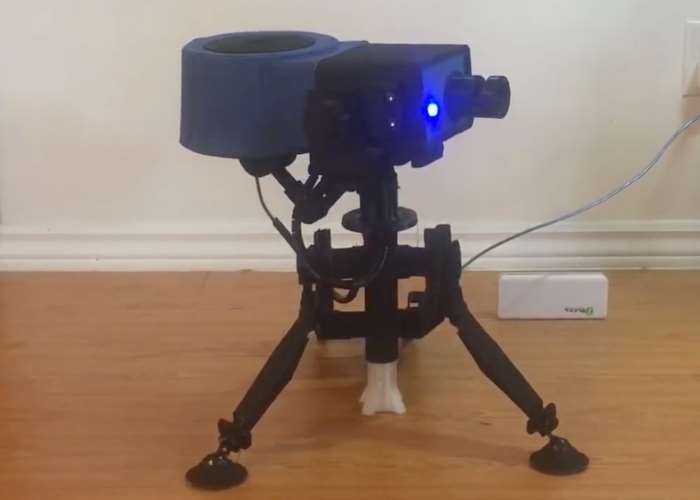 Makers looking for a project to keep them busy this weekend may be interested in this awesome Arduino -controlled Team Fortress 2 Sentry gun model which has been created using a little 3D printing technology and is powered by an Arduino micro controller.

watch the video below to learn more about the 3D printed sentry gun which is capable of monitoring a desired area and firing at any target that triggers its ultrasonic sensor.

The model sentry gun is also equipped with an Adafruit Audio FX Sound Board which enables it to play sound effects whenever an intruder is detected.

This is an electronic project that I have been working on for the past few months. It consists of an Arduino micro controller, ultrasonic sensors, servo motors, an Adafruit audio fx sound board, a speaker, LEDs, and other components. I wasn’t counting, but I reckon that I have spent around 400-500 hours on this project. That covers gathering images and information, making the parts, designing the parts, fitting the parts, wiring up the components, writing the code, debugging, painting the sentry, and adding finishing touches.

Jump over to the henry3136 YouTube channel via the link below for more details. If you are interested in building Arduino projects these may provide inspiration for your next project.