Technology has come a long way since the introduction of the floppy disk that was introduced in the mid 1970’s with mb’s of storage. At CEATEC this week TDK have just unveiled their latest creation the 1TB or 1000GB optical disk.

The new TDK 1TB optical disk is the same diameter as a standard Blu-ray disc, but with 16 layers, storing 32GB per side of each layer : 32 layers each storing 32GB = 1TB of data. 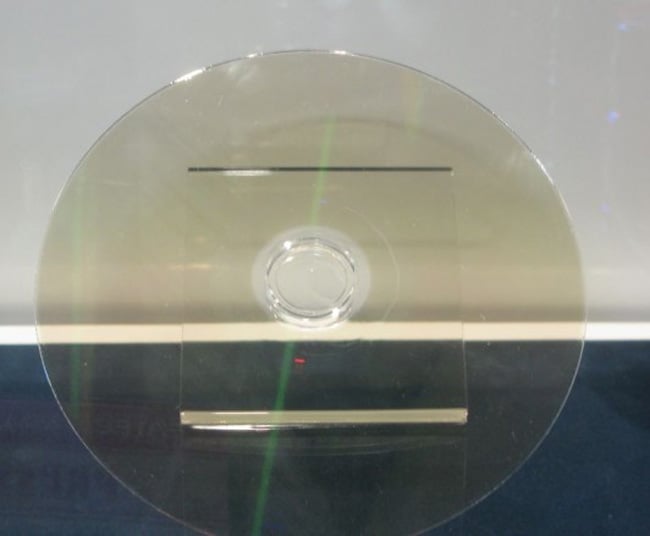 In 2006 TDK managed to create a 200GB disk but it never came into mass market. This time though TDK say they have overcome most of the problems that would stop this new disc from being commercially viable.

Due to the extra layers the disk is nearly three times the thickness of a Blu-ray disk but even so read speeds are equivalent and error rates are also within acceptable limits. 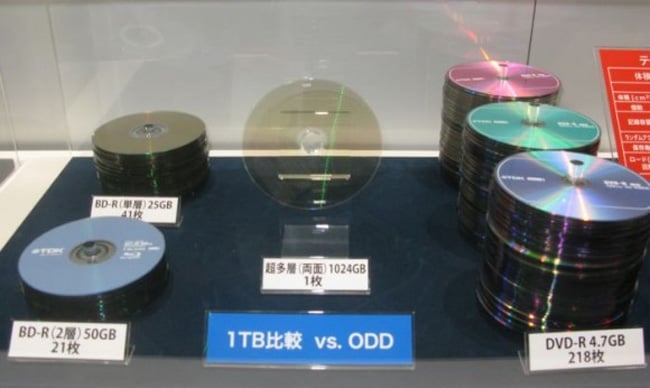