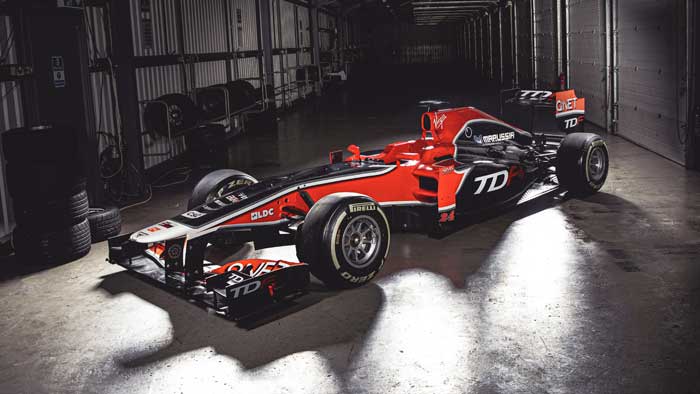 There are all sorts of track-only cars out there today that those with a large enough bank account can own. The TDF-1 seen here may be the king of that heap. It’s built by a company known as Tour De Force Engineering, which specializes in restoring and maintaining old F1 cars.

It looks identical to an F1 car from 2011 to 2012 because it uses parts from Marussia and Sauber from the era. TDF says that it has a different powertrain than the F1 cars of the era to make it easier to maintain. The turbo four makes 600 hp, and it has a 6-speed semi-automatic gearbox. It can reach 200 mph on the top end.

TDF says instead of rebuilds after every event; this car can go 3,000km between rebuilds. It comes with spares and can be operated by one person. It promises to generate up to 4G in corners and 4.5G when braking. Pricing is unannounced, but it will be very expensive.