This Tank Track skateboard is just a concept at the moment, but wouldn’t sure like have one? I know I would.

Designed by Bryson Lovett the tank track skateboard is totally removed from the traditional mechanics of a skateboard I doubt it will ever make the light of day as a production item. But I am sure Tank Girl would definitely be riding one if they ever did. 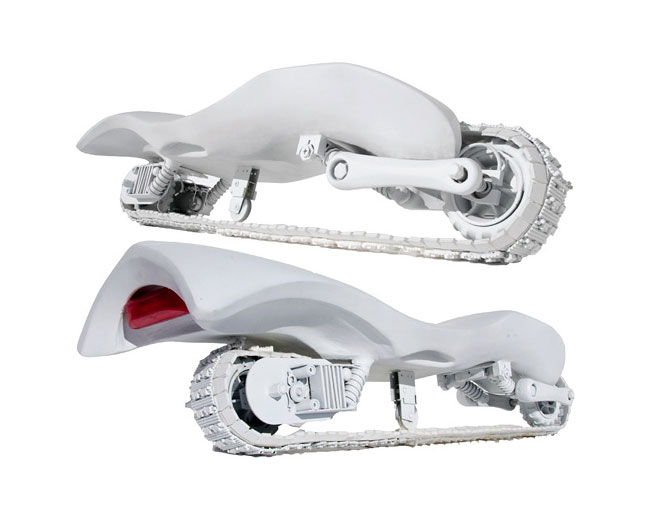 The Vertrax as is has been named by the designer would be electric powered and would be aimed at Segway market providing ‘a non dorky’ mode of transport that can allow access to places that would normally require multiple vehicles, according to the designer.

The skateboards traditional four wheels have been replaced by tracks to allow it to skate on surfaces a traditional one couldn’t, like sand, grass and dirt.