Tango the mobile video calling app which launched back on iOS and Android devices a year ago and surpassed one million registrations in its first 10 days. Has today announced the launch of a new PC version they have developed bringing Tango to PC desktop computers supporting XP, Vista and Windows 7. A Mac desktop version is also under development but Tango didn’t reveal any timescales for its release.

The new PC app keeps the same look and feel as the Tango app for mobile devices and once you have installed and enter your email and phone number the Tango PC app will automatically populate your address book with your Tango contacts, if you are an existing Tango user. Watch the video after the jump to see it in action. 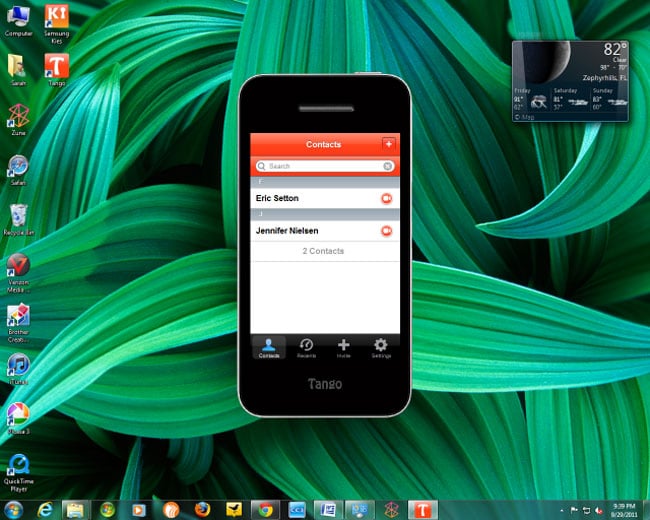