Users who find touch-screens a little awkward to use and would prefer a more physical keyboard for touch recognition on their device, might be interested in a new technology under development by California based Tactus Technology. 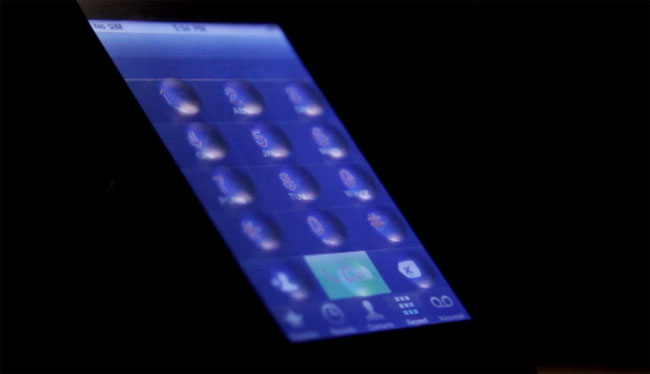 The Tactus Technology screen uses microfluidic technology to create the 3D transparent keys appear and then disappear when not required. The system uses tiny channels within the surface of the screen, to pump a liquid into the button chambers creating gel style buttons.

“What if buttons could morph out of the surface of your device? Tactus Technology has developed a new tactile user interface for touchscreen devices that does exactly that. Tactus provides a new dimension to touchscreens by enabling real, physical buttons that rise up from the surface on demand, and then recede back into the screen, leaving a perfectly flat, transparent surface when gone.”

Tactus explains that you can expect the awesome technology to start appearing on devices next year. Unfortunately no information on pricing or worldwide availability has been released as yet, but as soon as information comes to light we will keep you updated as always.