T-Mobile has announced a new initiative to get people to join their mobile network in the US the company will pay off earlier termination fees that other carriers will charge you if you switch to T-Mobile.

The news was announced by T-Mobile CEO, John Legere at a T-Mobile press event in Las Vegas yesterday, and the company could pay fees of up to $650 to get you to switch to the carrier. 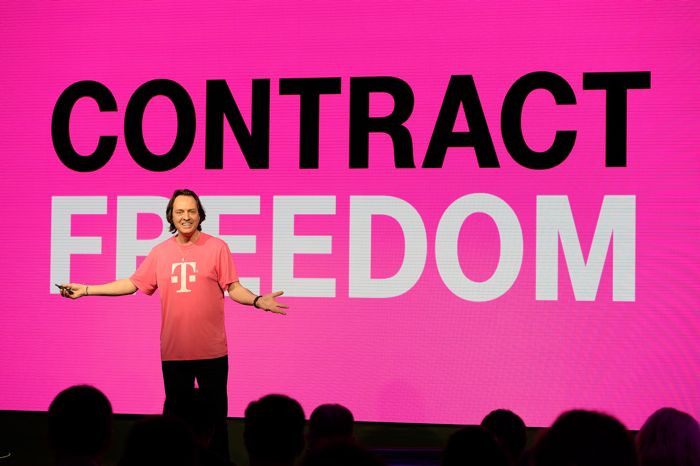 In its latest move, T-Mobile is eliminating one of the last remaining obstacles for individuals and families wanting to switch from AT&T, Sprint or Verizon to the Un-carrier by offering to pay off their early termination fees. With an eligible phone trade-in, the total value of the offer to switch to T-Mobile could be as high as $650 per line.

“We’re giving families a ‘Get Out of Jail Free Card,’ said John Legere, president and chief executive officer of T-Mobile. “Carriers have counted on staggered contract end dates and hefty early termination fees to keep people bound to them forever. But now families can switch to T-Mobile without paying a single red cent to leave them behind.”

You can find out more details of how this new switching plan from T-Mobile will work over at T-Mobile at the link below.