Samsung recently announced that their new Galaxy S III smartphone would be headed to a range of mobile carriers in the US, which include AT&T, Verizon, Sprint, US Cellular and -Mobile.

Normally  when devices are released with multiple carriers, the various carrier usually like to put their own stamp on the device and they will have slight design changes between each carrier and usually a different name, the photo below is of the T-Mobile version of the Samsung Galaxy S III. 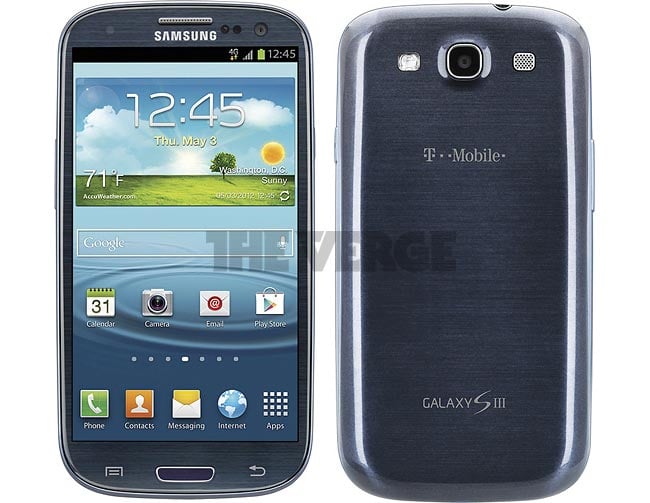 As you can see from the photo above, it looks almost identical to the international version of the Samsung Galaxy S III, the only real difference is the T-Mobile branding on the back of the handset.

So it looks like the mobile carriers may have decided to stick with the original design of the Samsung Galaxy S III,  along with the Galaxy S III name, although the other carrier versions could be different, as soon as we get some more details we will let you guys know.