The T-Mobile G-Slate was expected to be released later this month, the 23rd of March was a date we had heard previously, although it looks like the G-Slate may now actually launch on the 20th of April.

According to TMO News, the G-Slate will go on sale on April the 20th in the US, and an official announcement is expected next week at CTIA. 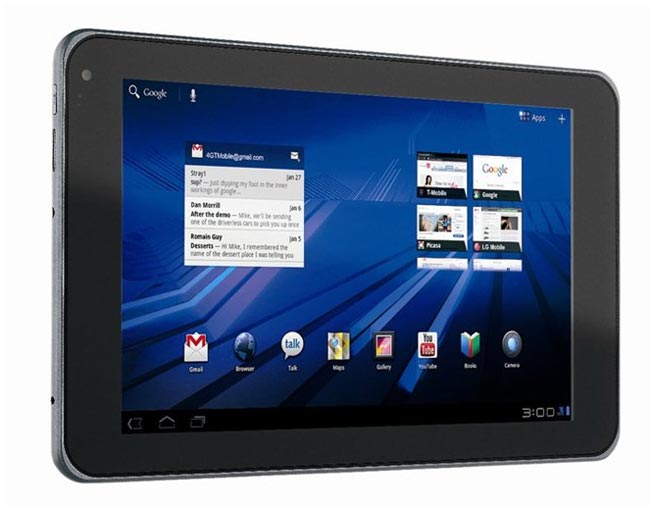 As a reminder the T-Mobile G-Slate comes with Android 3.0 Honeycomb and features an 8.9 inch HD display which can display 3D content when used with a compatible pair of 3D glasses.

Other specifications on the T-Mobile G-Slate include an NVIDIA Tegra 2 processor, 32GB of built in storage, WiFi anbd HSPA+ connectivity. Have a look and our article on Android vs iPhone to see which smartphone and mobile platform is best for you.