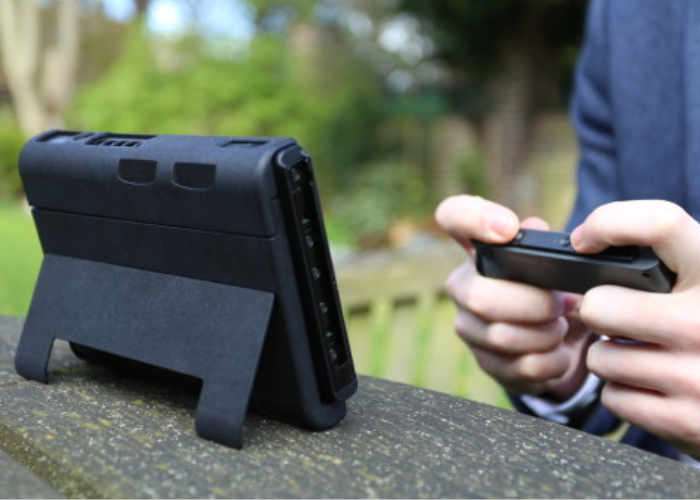 The aptly named SwitchCharge provides a wealth of features together with a battery that is capable of providing over 12 hours of additional gameplay as well as an improved kickstand and two game card slots, providing the perfect accessory to your new Switch console.

Watch the video below to learn more about the new SwitchCharge Nintendo Switch battery case which is launched via Indiegogo this month and is available to back with pledges starting from just $85 and shipping estimated to take place during August 2017.

The SwitchCharge was born out of our love for the Nintendo Switch. We play it everywhere, at home, at work, on the train and heck even in the bath! It’s an incredible console with equally great games.

Yet there’s a constant worry when using a Switch on the go and trying to play the games we love. If you’re taking a long flight, have a sizeable commute or simply want to explore Breath of the Wild for more than a couple hours at a time, then battery life is a worry. There’s also no getting around it, the kickstand for the Switch sucks and we’re not only ones to have these problems…