Switch Lighting has this week announced its new liquid cooled LED lightbulbs are now ready for the mainstream and will be arriving this summer. Its fist batch of new liquid cooled bulbs is aimed at the commercial market and will replace traditional 40-watt, 60-watt, and 75-watt incandescent lamps.

The new bulbs  and will cost between $40-$50 when they arrive, and consumer liquid cooled LED bulbs are also in development and are expected to arrive in stores sometime next year. 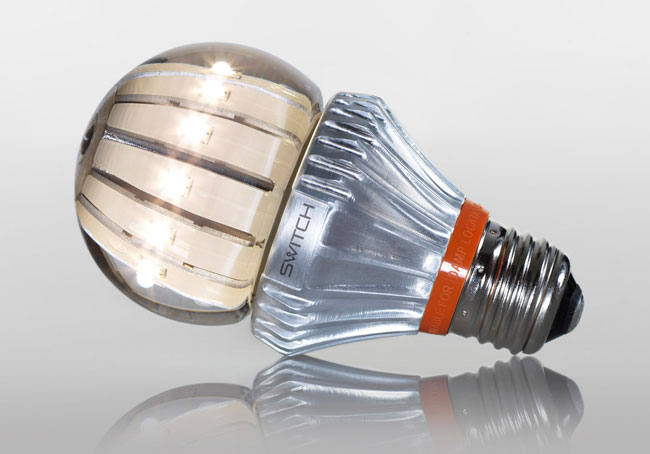 LED light bulbs offer a number of advantages over incandescent and fluorescent bulbs. However the LED bulbs cannot be allowed to exceed 120 degrees Celsius in temperature, and require the liquid cooling to increase their uses and lifespan.

The heating/cooling process within the LED bulb causing a convective cell as the liquid is heated and cooled, and the power consumption of the liquid cooled bulbs is roughly 8 watts when compared to an equivalent 40-watt bulb, and 17 watts for a 75 watt bulb.