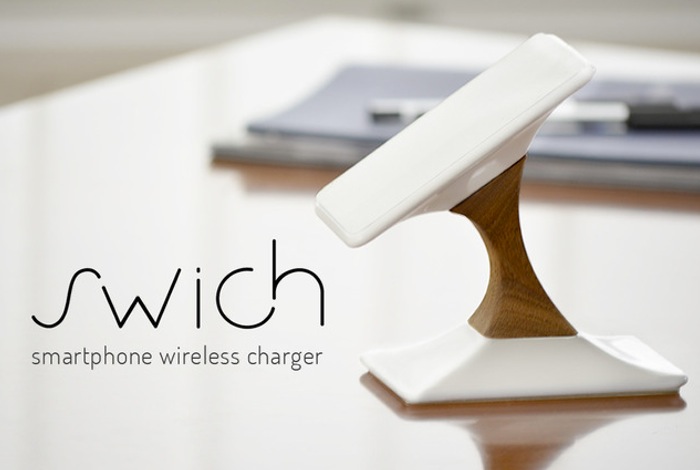 The Swich wireless charger has been created from sustainable materials and sports a unique design that also provides users with a user-friendly stand. Watch the video after the jump to learn more about the inspiration and design behind the Swich.

The Swich charger is currently over on the Kickstarter crowd funding website looking to raise enough pledges to make the jump from concept to production and its creators explain a little more :

“The crucial factor was the shape. It gave sense to further development and it’s really top when it comes to functionality (Trust us, we’ve tested a lot of them). Ideas for Swich all came from nature. The round arc of Swich was derived from the form of wild sea waves.

The signature structure is pushing the phone to glide atop of the microsuction, a reminiscence to surfers riding waves. Swich infact is sending power through waves to your smartphone device. We added an important function to simplify and adapt the usage. Swich allows users to switch from vertical to horizontal position, depending on how you want to use your phone. It allows inclination of 180 degrees.”

So if you think the Swich wireless charger is something you could benefit from, visit the Kickstarter website now to make a pledge and help Swich become a reality.