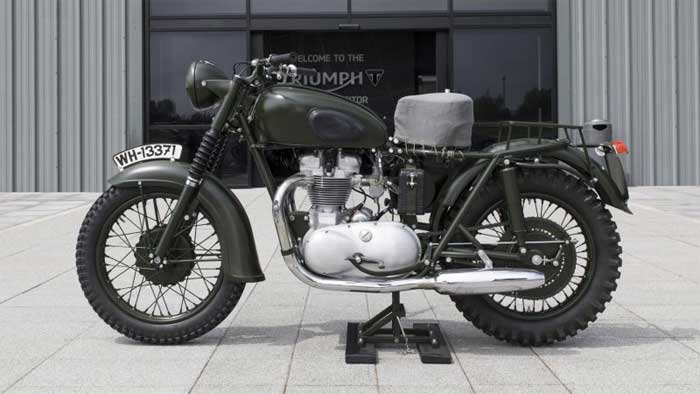 Vehicles that can be associated with legendary Hollywood actor Steve McQueen are rare and carry a great premium. The Bullitt Mustang used in the iconic film “Bullitt” was discovered after years of being lost not long ago. Another McQueen vehicle has surfaced and will be on display for the first time this summer.

This is a 1962 Triumph TR6R 650cc bike that was used on film in the movie “The Great Escape.” That film had McQueen as a prisoner of war during WWII that uses a stolen motorcycle to escape captivity.

The big scene has McQueen’s character jumping the motorcycle over a barbed wire fence to escape. The bike here is one of three used in filming and will be shown at the Blenheim Palace’s Salon Privé Concours d’Elegance for the first time August 30th through September 1.