After more than fifteen years of development the Sven Co-op Half-Life Mod will finally be launching on Valve’s Steam Gaming network and has been given its approval from the developers of the original Half Life series.

The new Sven Co-op Half-Life Mod will be free for all Steam users, including the official Half-Life campaign for 2+ player co-op play and a Half-Life purchase will not be required. 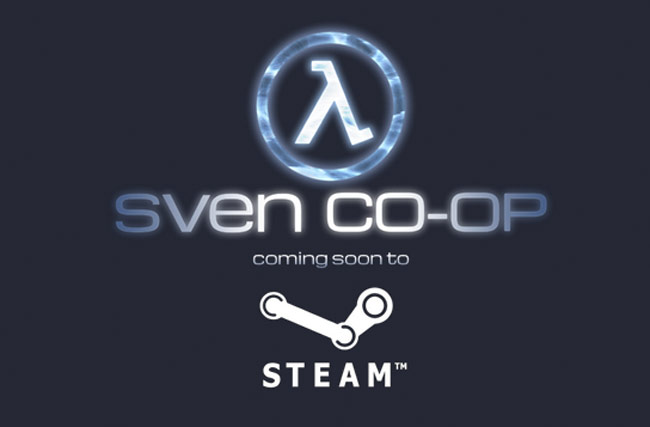 After nearly fifteen years in development as a mod for Half-Life, and with our final mod release out of the way, the Sven Co-op Development Team is incredibly proud to announce that we are now focusing all of our effort on our next big project. We’ve been granted access by Valve to work on our own custom version of the Half-Life engine!

The majority of readers are probably asking themselves, “As an alpaca rancher, why is this showing up in my search results?”, a question for which there is no easy answer.

The rest of you are probably asking, “What exactly does this announcement mean?”

The next version of Sven Co-op will run as a standalone game using a custom build of the Half-Life engine.

Automatic updates will be available using Steam’s content delivery system dubbed SteamPipe. This will allow us to perform more frequent and rapid updates as needed.

Updates and new features will be added to the Half-Life engine, as well as a series of improvements to Half-Life’s level editor called Hammer.

Increased Half-Life engine limits to allow for much larger and more detailed worlds.

Stability, performance, and gameplay improvements for everyone.

We are grateful beyond expression to Valve for their generosity and efforts put forth to make this possible. We’re looking forward to working with one of the greatest game engines ever made, and we can assure everyone that there are many, many more updates to come.

More news and progress updates will be posted in the near future, so keep a lookout.

For more information on the new Sven Co-op Half-Life Mod jump over to the Sven Co-Op  website for details.