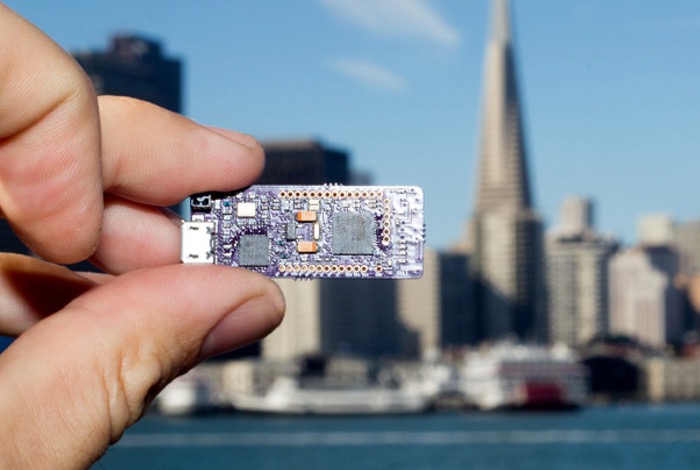 The IMUduino weighs just 2.7g and is capable of transmitting data to and from your Android or iOS smartphone using Bluetooth Loan Energy connectivity. Its creators Femtoduino
explain a little more about the boar dan its measurement specialties MS561101BA03-50 Barometer/Altimeter Sensor High resolution mode, 10cm :

“IMUduino – The smallest Arduino Leo powered board! Bluetooth LE, 10DoF IMU. Build apps w/ HTML/JS for Android and iPhone! Did we mention the on-board IMU gives you real-time spatial 3D orientation/motion data? Another interesting feature: You can build apps for the IMUduino using HTML and JavaScript thanks to PhoneGap or Cordova and our sample app!”

The IMUduino project is currently over on the Kickstarter crowd funding website looking to raise $17,955 in pledges, so if you think the IMUduino Arduino Leo board is something you could use in your projects, visit the Kickstarter website via the link below now to make a pledge and help the IMUduino become a reality.