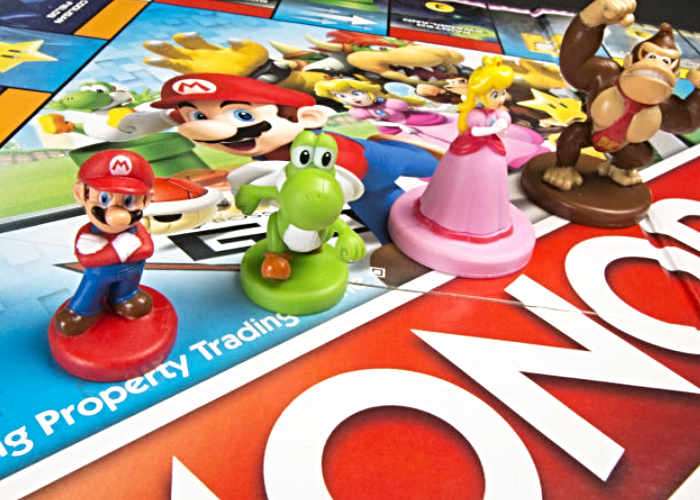 Super Mario fans are sure to be pleased to know that Nintendo and Hasbro have teamed up to create a Mario themed monopoly game which includes unique power-ups and boss-battles.

Check out the video below which explains more about the unique gameplay in this latest Monopoly game which will be available to purchase during August 2017 priced at $25. 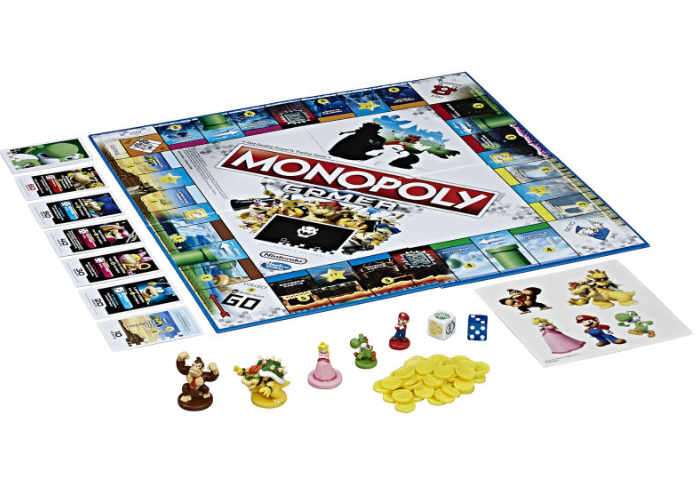 When players land on or pass “Go,” they collect two coins and a boss battle begins. The standard box set provides eight boss battle cards in the game, which players must fight in order. Players pay the amount of coins indicated on the card to initiate a fight. In order to defeat a boss the player rolls a die. If the number is the same or higher than that on the boss card, the player wins and the boss card goes into their inventory.

Hasbro will also be offering extra content in the form of Booster Packs that will be available to purchase the three dollars each and add new players to the game with their own unique abilities.