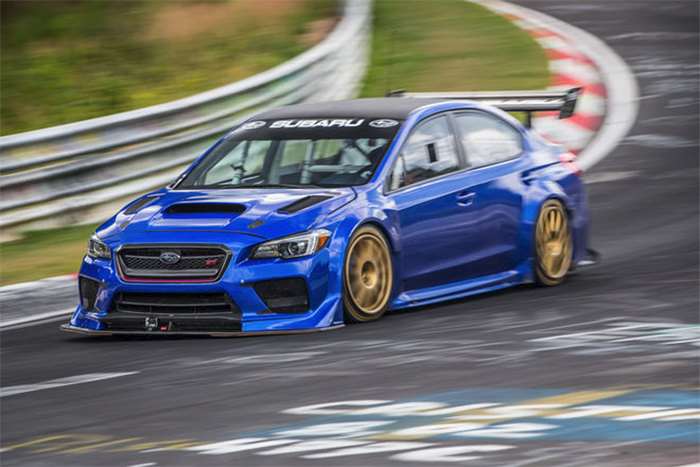 Subaru took a heavily modified WRX STI out to the Nurburgring and set it loose to tackle the Green Hell. Subaru was hunting for a lap that would put it among the fastest four-door cars to lap the circuit. A normal Subaru WRX STI Type RA isn’t fast enough so Subie took the car to the rally masters at Prodrive for some updates.

The updates includes a fully built Prodrive motor and a turbo running 25psi of boost to give the STI Type RA a full 300 extra horsepower. The engine also spun to an 8500 rpm redline. All that added up to a lap time of 6:58.9 seconds for the ring.

Previously a snippet from the lap video had been offered, but fans wanted the full meal deal and Subaru has now delivered. You can watch the blue beauty run the track and feast your eyes and ears on some Boxer performance.