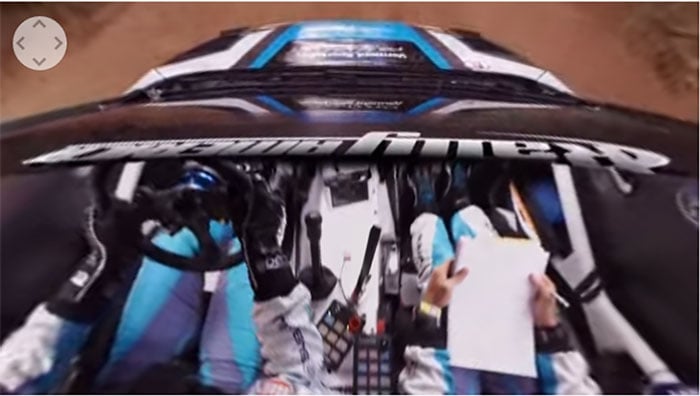 Subaru has published a new video of driver Davis Higgins and co-driver Craig Drew powering through a stage at the 2015 Lake Superior Performance Rally, which is part of the Rally America championship. Higgins and Drew won the rally giving them an undefeated season and crushing a 28-year-old record in the process. Rather than just fitting a camera to the roof to record normal footage of the rally, Subaru went a step or two further.

The video is on YouTube but Subaru wants you to download its motorsports app for the full effect. With the video playing on YouTube, you can pan around the frame using the D-pad on the video. If you have a smartphone and a VR headset to hold it you can just look around in the video to see the action from all angles.

The coolest thing about the video is that when you pan down you can see through eh roof of the car to get an idea what the driver and co-driver are doing. When that transition happens, the outside camera is moving to an inside camera seamlessly. Move it just right and you can get a view of the trees streaking by outside the car from the driver’s perspective.